IMPORTANT NOTICE: We currently have one veterinarian on staff. Increased wait times anticipated. We appreciate your patience and understanding.

Everything You Need to Know About Feline Care

Here are some common elderly cat problems and information on urinary health and upper respiratory infections in cats.

It is important to have your cat seen for a yearly exam for overall checkups to ensure they are healthy and happy. Cats are often very stoic creatures and won’t show you many physical signs of issues until it has progressed to the point they can’t hide it anymore. At this point, it would be much harder to treat versus if the issues were caught earlier. They may be developing pain in their old age from arthritis and joint pain, but not showing any obvious signs. Maybe the only health concern you have is they are starting to pee on the rug instead of the litter box, but after testing, they don’t have a urinary infection. Sometimes, it could be as simple as the sides of the boxes are too high, and it hurts them to try to step over the walls and squat to pee, so instead, they pee where it’s more comfortable. Pain medications could help easily solve these problems. Yearly blood work is also recommended to assess the organ function from year to year and see any mild changes to try to correct them before they become irreversible. Fun fact – the kidney has to lose 75% of its function before any clinical signs become present.

Urinary health is something very important to keep an eye on for your cats. Do this by keeping the litter boxes cleaned out daily so you can ensure they are using the bathroom properly. It is a very common issue for male cats to get a buildup of crystals in their urine, that can form plugs that block off the urethra. When this happens, they are considered a “blocked cat,” and it is a medical emergency, as they are unable to pass urine at all and will die within days if not treated. If the issue is caught early, when they are still peeing small amounts or straining to pee, medications should be used to fix the problem before the emergency has to happen. It is not heard of for female cats to block much, as they have a wider urinary tract. But instead, would be more likely to have the urinary infections and stone development. Signs of urinary issues in both male and female cats would be, straining to pee, frequently in the litter box, small amounts of pee in the box at a time, vocalizing while trying to pee, peeing in inappropriate places, like on the couch or rugs. When the cat has a urinary issue, there is a type of food they can be put on to help prevent any further issues from developing in the future, this food is a veterinary only product and is prescribed to your pet much like a medication would be. This food helps to dissolve crystals in the urine and keep them from forming and is essential in the aid of preventing your cat from forming new crystals. Typically, the food is a long-term treatment as often, cats who change diets again will often develop crystals right away.

Upper respiratory infection (URI) is a commonly seen problem in cats. Clinical signs you may see include sneezing, nasal and eye discharge (clear or yellow), raspy breathing, goopy or crusty eyes. It is passed from cat to cat through direct contact, sharing food bowls, or aerosolized particles from sneezing. It is quite contagious and can be a major problem when it makes its way into a colony of cats, or if you have several cats in a household. URI’s are treated with a course of antibiotics, and there are vaccines available that can be given yearly to help prevent a URI. They can also have a “flare up,” from stressful situations such as moving, new pet brought into the household etc. 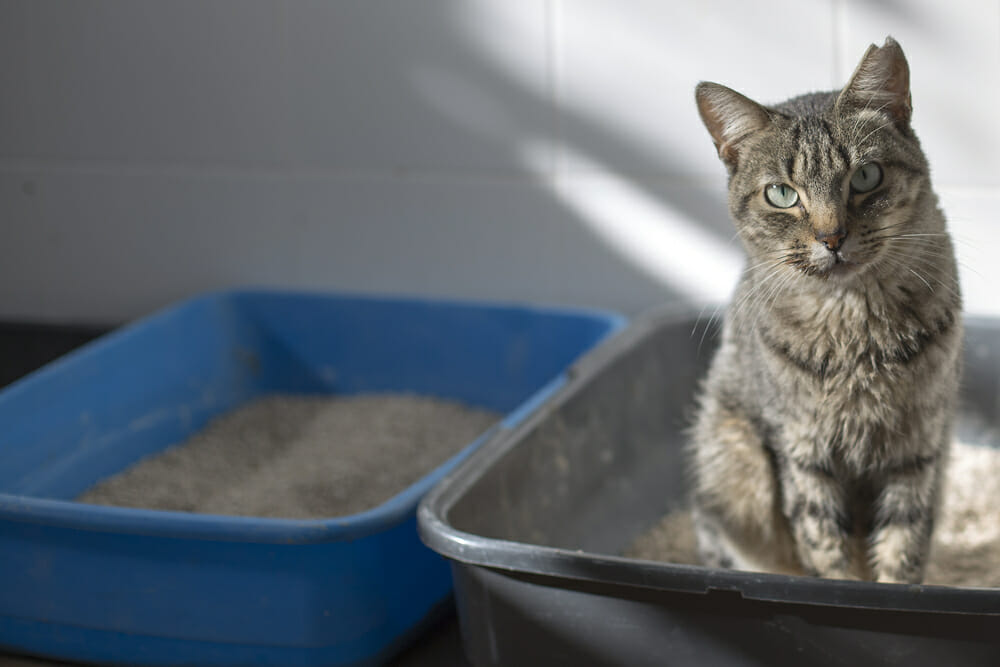 Obstruction or blockage of the urethra (the tube which transports urine from the bladder out of the body) is a condition that male cats, particularly those that are overweight, are predisposed to.