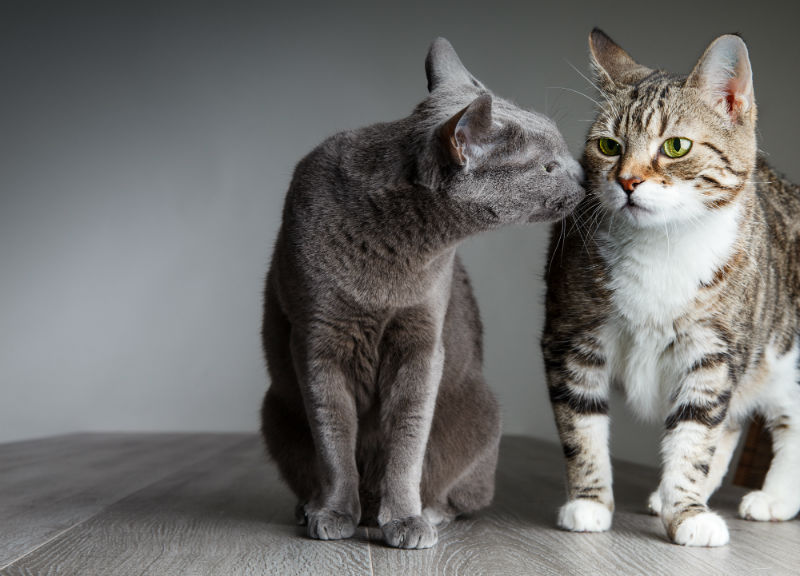 Can I Feed My Cat Milk?

Is there nothing cuter then a cat drinking milk from a saucer?

It has been a common misconception that cats are supposed to drink milk; this is not the case. Drinking cow’s milk can often make the cat sick with vomiting, diarrhea and abdominal cramping. The stomach problems will usually appear within 8 to 12 hours of drinking the milk. There is an option of feeding “cat milk” to kittens instead of cow’s milk, but there is no reason to have adult cats drinking milk. Water and cat food are all they need to sustain them.

How to Pill a Cat

Cats can often be very difficult to give medications to, but there are several options to make it easier for you! First, you can try to hide the medication in some wet food or treats. This will often work for dogs, but cats will usually pick up on it faster. If that method doesn’t work, you can try putting the pill into the back of the mouth with your fingers. Do this by holding onto both sides of the cats head with one hand, and with the other opening the mouth and pushing the pill back, then holding the head back, waiting for a swallow. This method wouldn’t be recommended with temperamental cats, as you could easily get bit. For those cases, we have pill poppers available at our clinic (a long plastic device to pop the pill into the back of their mouth, without getting bit). This method is often quick and easily done by placing the pill into the end of the device and inserting it into the cat’s mouth, once in the back of the throat, you push the plunger, releasing the pill, and hold the head back waiting for them to swallow.

When to Spay and Neuter

Here at Mayfield Veterinary Clinic, we recommend having your pets spayed and neutered at six months of age. This is not only recommended to avoid getting pregnant but also to avoid developing any of the behavioural issues associated with intact animals. Some of these behaviours include roaming, spraying, strong smelling urine, aggression issues, etc. When the cat is spayed or neutered after several years of these behaviours already being present, they may be learned behaviours at that point, and the surgery may not reverse the behaviours. The earlier they are fixed, the less likely they are to develop health issues later on in life, such as mammary tumours, pyometra (uterus filling with infection), testicular tumours, etc.

How to Trim Cat Nails

Depending on the temperament of the cat it can be quite easy to do. Often cat nails are white, and you are able to see the pink quick inside (blood supply). You will want to cut the nail up until that point, but not cut the pink part, as it will hurt and bleed. You don’t have to cut all the way up to the quick usually, generally, the hook of the nail you want off, is still a few millimetres away from the blood supply. Nail trims are usually a two-person job. Have your helper hold the cat while you cut. If the cat is trying to scratch you with the other feet, it is recommended to wrap them up in a towel and take out one foot at a time.

Steps for Towel Wrapping a Cat:

Can I declaw my cat instead? – No, declawing cats is no longer an acceptable procedure to have done. The procedure doesn’t only remove the nails, but instead would be equivalent to amputating a human fingertip from the last knuckle. This procedure is slowly becoming banned in several parts of the world, and should only be done if it is medically mandated by a veterinarian for the health of the cat.

Obstruction or blockage of the urethra (the tube which transports urine from the bladder out of the body) is a condition that male cats, particularly those that are overweight, are predisposed to.

With recent changes to restrictions on businesses, we are pleased to advise that effective May 4, 2020 the restrictions on veterinary practices have been lifted. Based on these changes, below are some important updates to our operating policies.

1. WE CAN NOW SEE ALL CASES BY APPOINTMENT ONLY

2. SAFETY MEASURES TO KEEP EVERYONE SAFE

We are OPEN with the following hours:

Have you welcomed a new furry family member to your home? We’d love to meet them! Visit our Must Know New Pet Owner Information page for useful resources and helpful recommendations for new pet owners.

Thank you for your patience and understanding and we look forward to seeing you and your furry family members again!